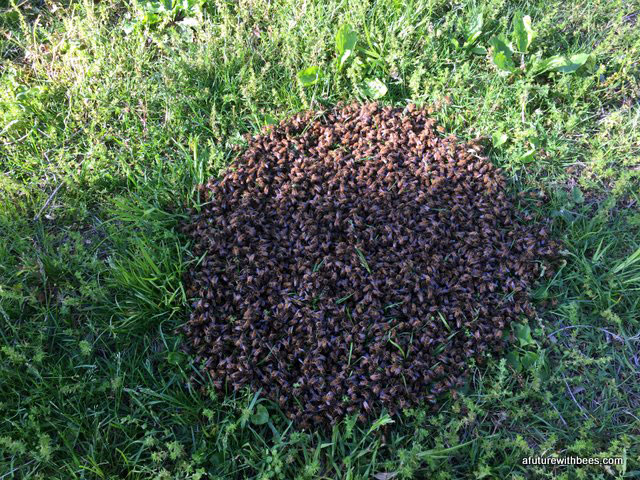 The home owner had closed off the area with stakes and plastic ribbon. The air was filled with a lot of honeybees and we were concerned they were getting ready to leave. Apparently this swarm was here for 2 days before we finally got the call late on the 3rd day (two of those nights were in the cold low to mid 40's). The home owner explained to us that it started out on the side of the tree, then moved to a limb and finally flat on the ground in the grass.

In the video below the honey bees were so excited to get a home they just rushed inside. In fact they moved to the hive before Jeff was able to set it down completely on the ground.  There was nothing in this hive to attract them except some old comb. Even the bees in the air quickly landed on the face of the hive and went inside. 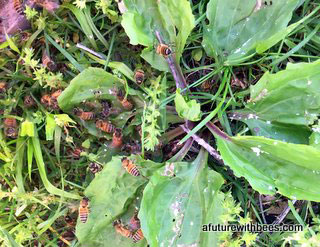 After they mostly went into the hive Jeff saw a small ball of bees still on the ground and upon investigating he found a dead virgin/new queen. Not sure what killed her but she was cold and still pliable. The grass, sticks and weeds where the bees were located had spots of wax everywhere. We will find out if they are queenless or they still have another queen in the box. All in all this was one of the coolest swarm captures ever, no matter how long I work with bees I am constantly amazed with these wonderful insects. 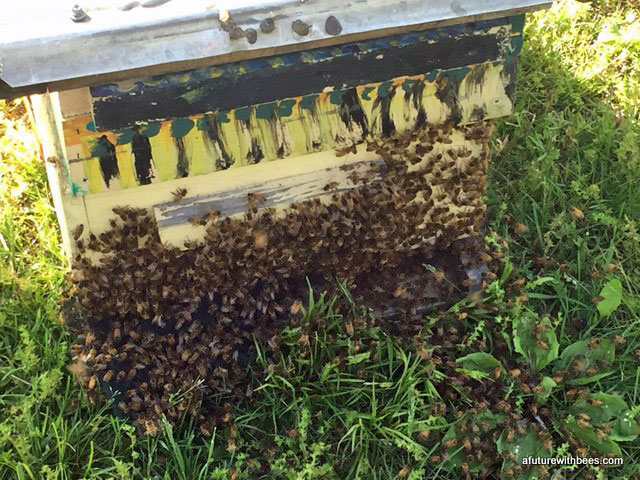 Stay tuned for more articles we did another cool swarm 1 hour later that I also video taped and a removal from an apartment complex earlier in the day.